The submission and acceptance of a nomination in this award program constitutes unconditional acceptance of these Official Rules & Guidelines and the intent to be legally bound hereby.

By participating in this Award Program, you fully and unconditionally accept and agree to comply with and abide by these Official Rules & Guidelines and all decisions of the Yours Humanly Award Committee and Judging Panel, which shall be final. The information provided will be used in accordance with Yours Humanly’s Privacy Policy.

Yours Humanly and the Children Have the Power to Empower® Award program are committed to empowering all children, regardless of their age, gender, race, color, ethnicity, caste, religion, national origin, and physical, mental, or financial abilities.

Nominators must by 18 years of age or older.

The act of goodness must have taken place no more than twelve (12) months from the date of the nomination, and only one application per nominee, per calendar year will be accepted to give others a chance to participate for recognition.

To submit a nomination online during the Nomination Period

2) check both boxes to certify that you are 18 years of age or older, and acknowledge that you have read and accept the Children Have the Power to Empower® Award Official Rules & Guidelines; and

All materials in connection with a nomination must be entered at one time and once a Nominator submits a nomination, it cannot be changed. The Yours Humanly Award Committee will review and verify each nomination to confirm consistency with the theme of this Award Program and the eligibility of each Nominee to be included in the Judging Period. If any nomination is determined to be ineligible by the Award Committee, for any reason, the nomination may be disqualified. Disqualification is final and not subject to appeal.

During the Judging Period, all eligible nominations will be judged by a panel of qualified judges selected by the Award Committee, whose decisions are final, binding, and not subject to appeal. The judges are looking at certain criteria, which include, but are not limited to:

1) the extent of the role the Nominee played in creating, implementing, and carrying out the act of goodness or longer-term initiative that has made a significant difference in the lives of others.

2) the extent and manner in which the act of goodness or longer-term initiative has improved the lives of others.

Once the Award Recipients are selected and announced, they will be notified by one of the contact methods provided by the Nominator in the original nomination form. Every Award Recipient will receive a congratulatory letter, personalized certificate, and medal.

All Participants, as a condition of participating in this Award Program, agree to unconditionally and irrevocably forever release, discharge, hold harmless, and defend Yours Humanly and the Judges from any liability, loss, litigation, or damage that may occur, directly or indirectly, whether caused by negligence or not, from such Participant’s and/or Nominee’s participation in this Award Program. 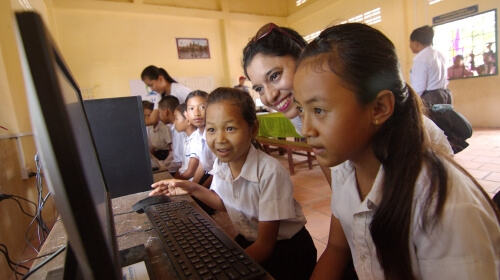